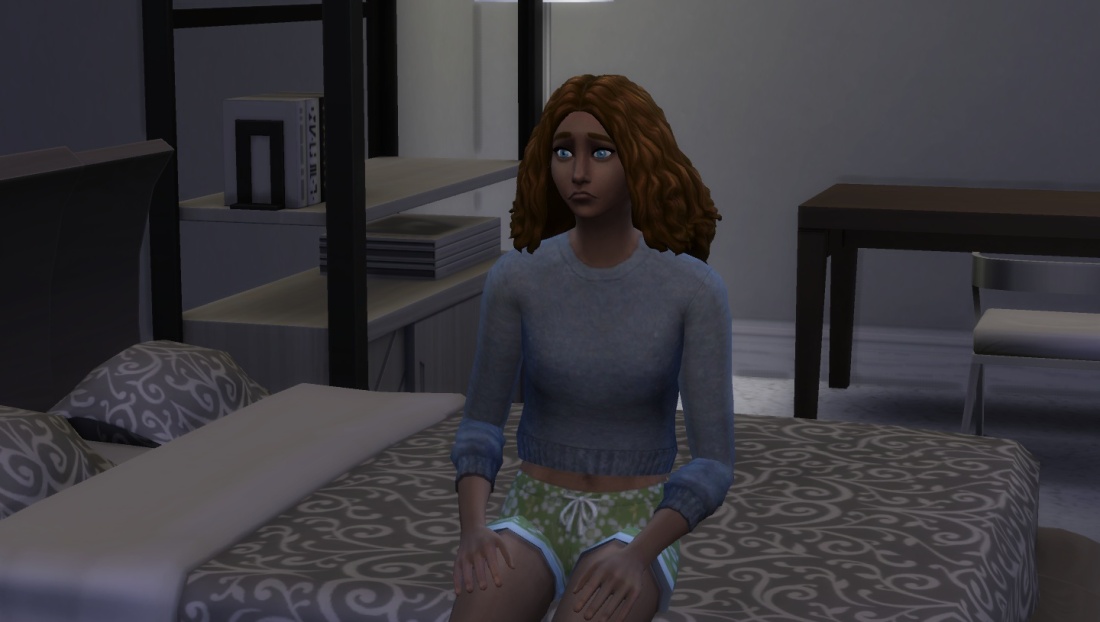 I couldn’t mope around forever, could I? And I knew it. 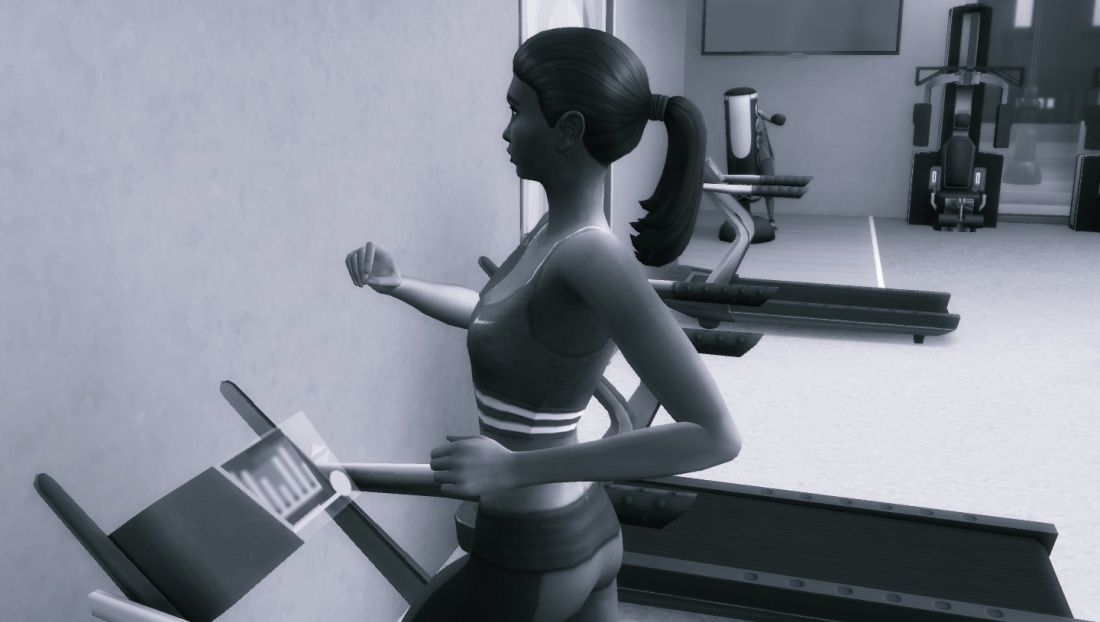 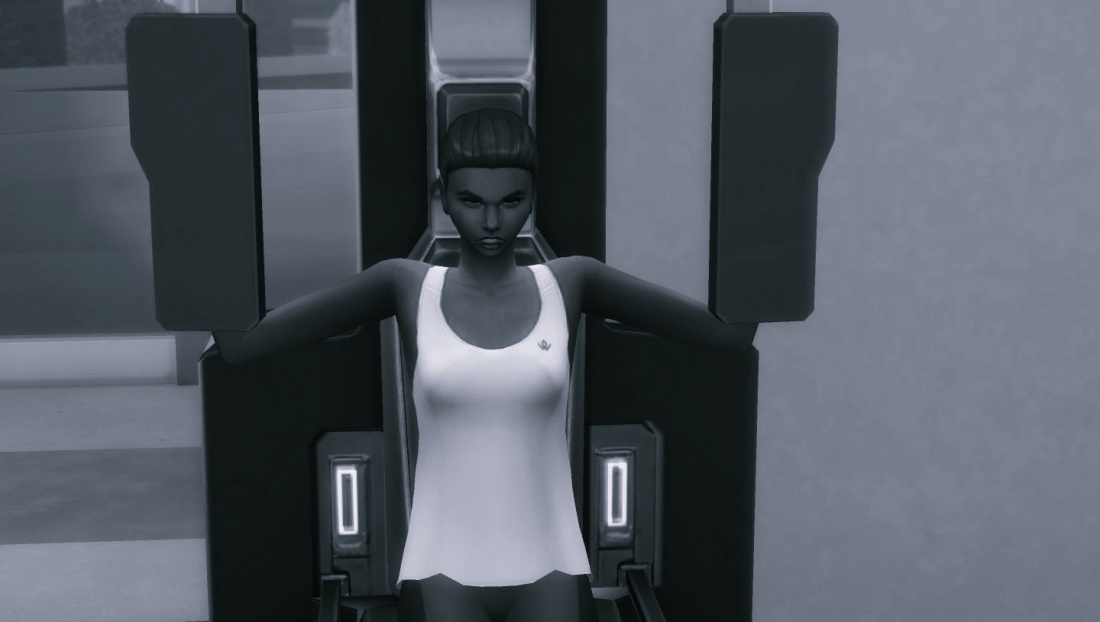 In the weeks following Nolan’s birth, life went back to normal. My body recovered and without a kid to actually take care of, I was free.

Free to pick up anything and everything that needed to be done at work, to run or lift weights until my entire body ached, and I was doing that stuff. 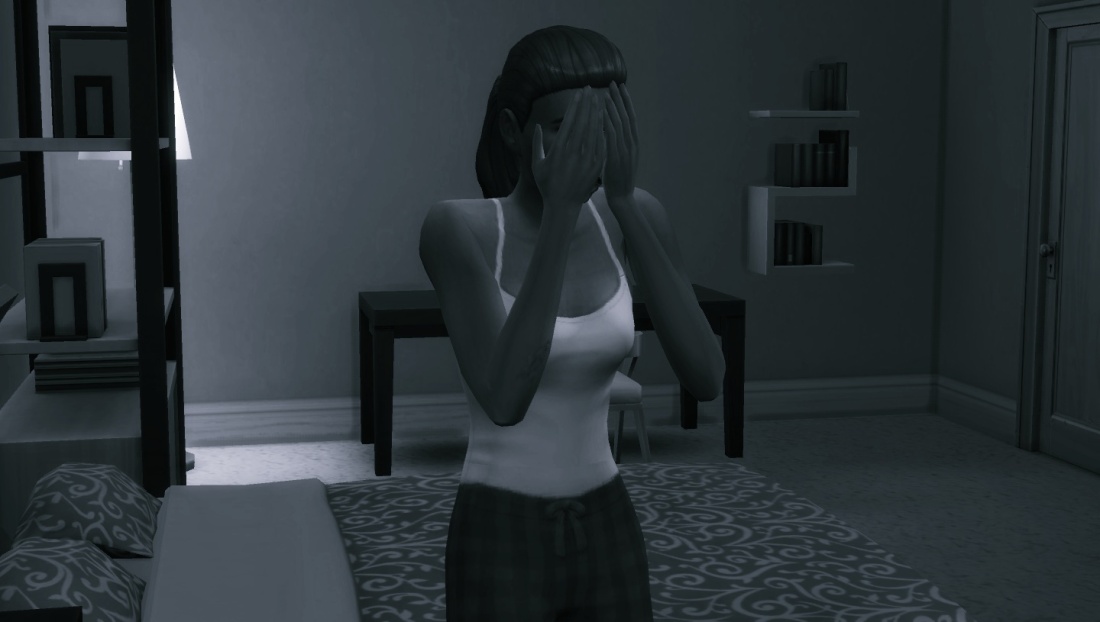 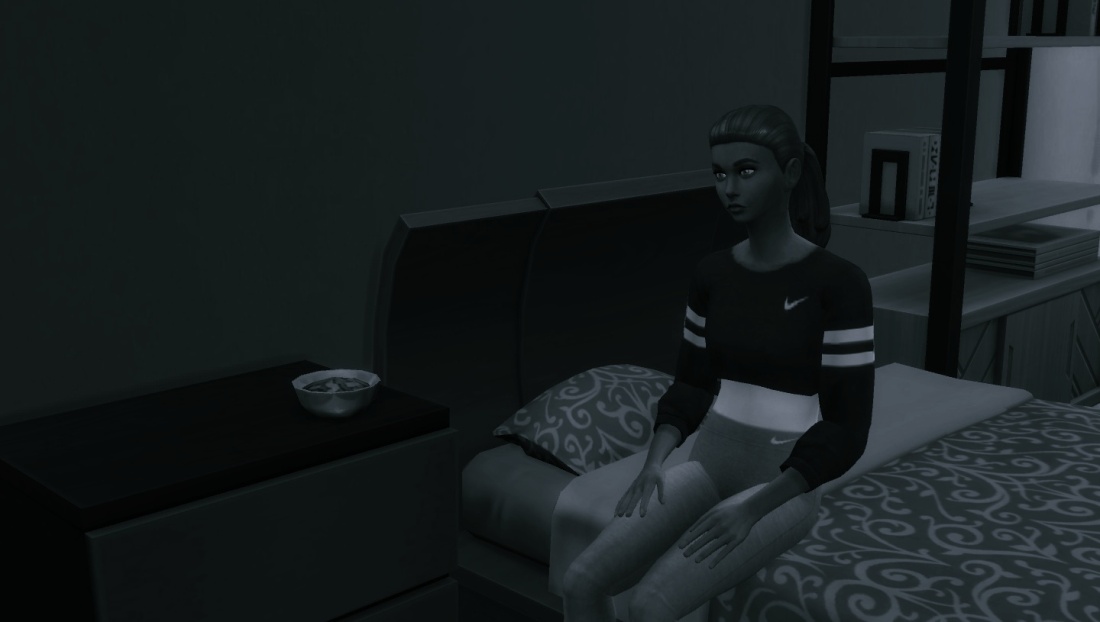 But I was also free to go out again, find people, start that whole pattern once more, but I never did that. Most of the time I’d finish work and make myself exercise. Then I’d go home, eat some salad or grill some chicken or fish if I had the energy, and then I’d just lie in bed. I was way less of a weepy mess than I was those first few horrible nights after I came home, but I still felt a dull and empty ache inside me nearly all the time.

It’s not a lot of fun lying in my room, thinking about all I’ve done wrong and how damn useless I am to everybody around me, even if that little voice in my brain is correct. You’re terrible and everyone needs to hate you, blah blah blah. I don’t need to hear it anymore because I already know. 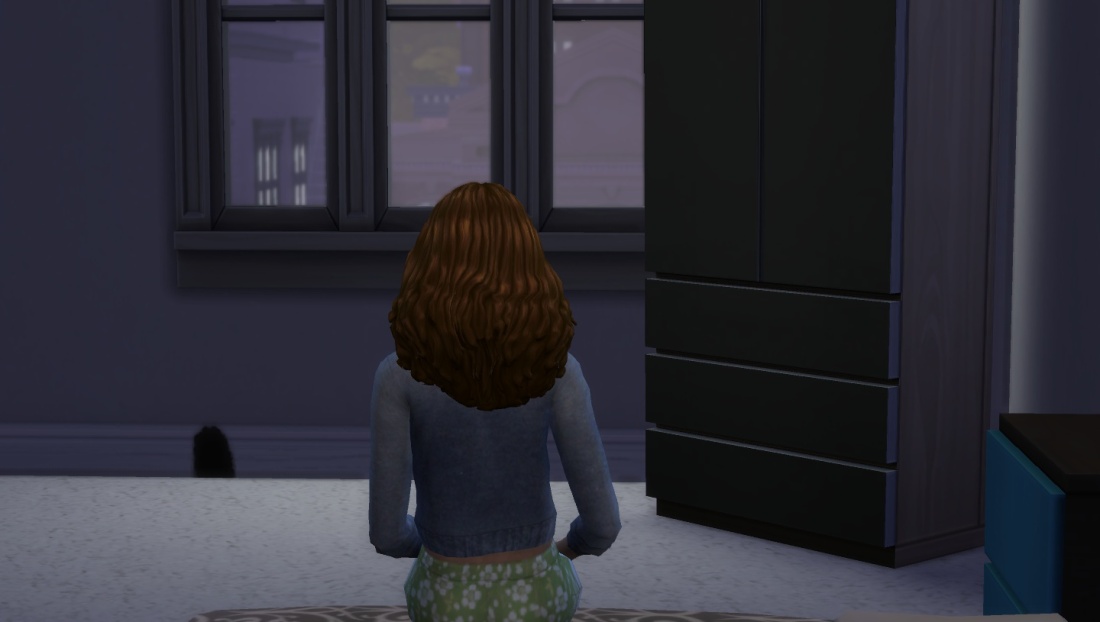 I already made my choice and I’m going to have to deal with it, get back to normal life and normal life isn’t staying shut inside my room ignoring the world and getting wrapped up in my own pain. 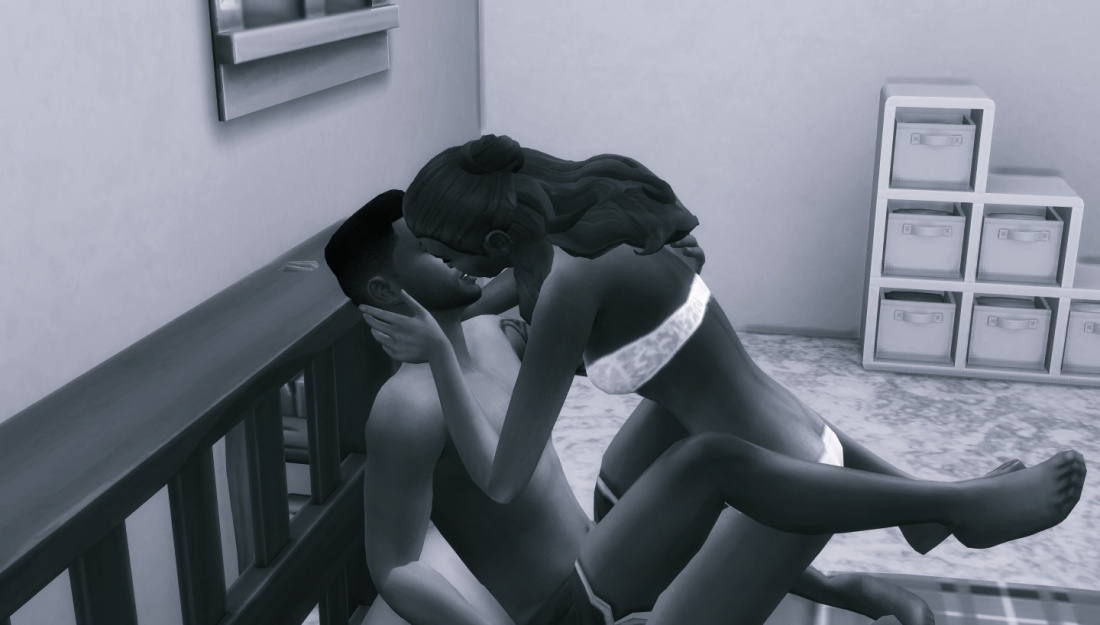 Didn’t I feel better when I had someone with me…a fling, a man, whatever I term it. 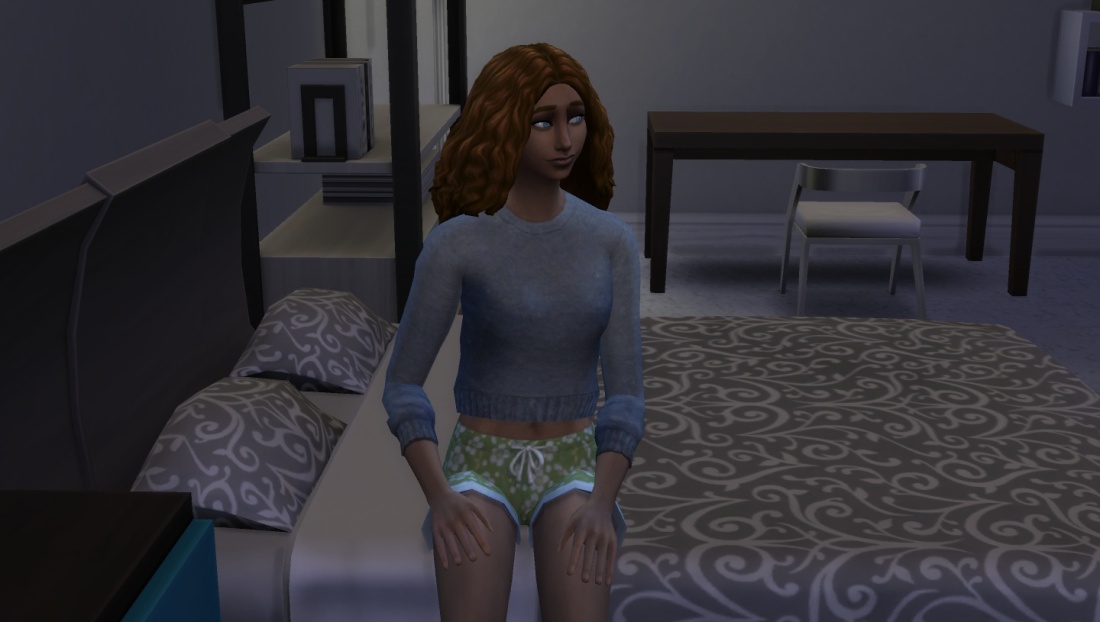 Why shouldn’t I go out? There’s nothing stopping me anymore, no pregnancy or baby that would make it something irresponsible (since when do you care about being responsible) and maybe I can just stop thinking about everything.

I just want to feel alive again at this point and I’m not sure what else to do. 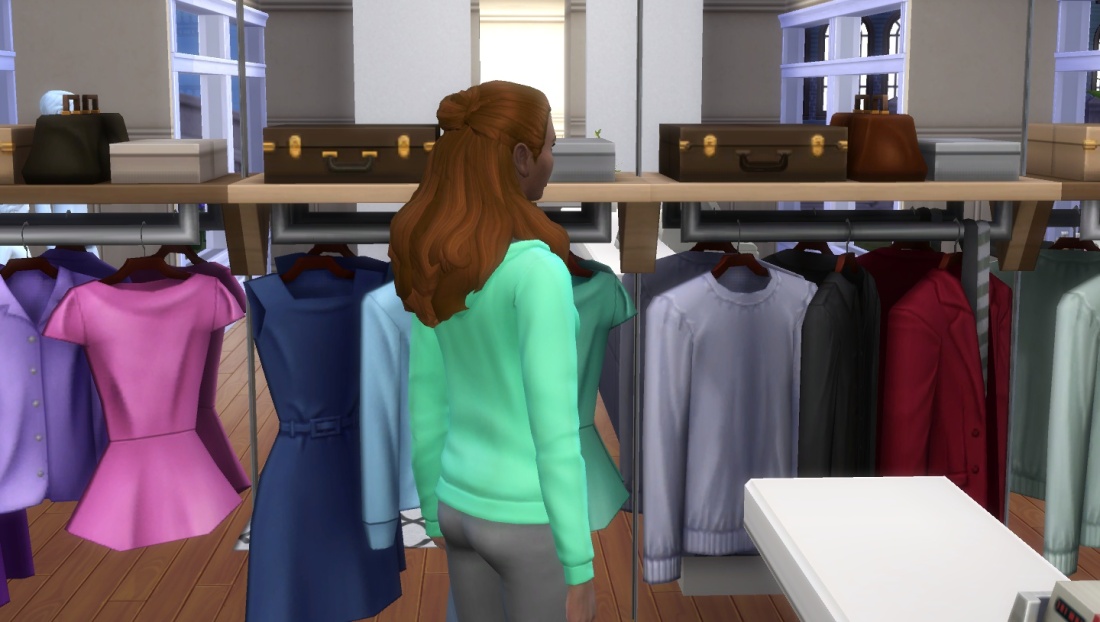 After work I headed to the nearby Breeze Outfitters to buy something. I wasn’t sure if my old dresses would fit anymore and I didn’t really want to try them on, because if they didn’t fit I’d feel worse. And I’m done feeling like shit. 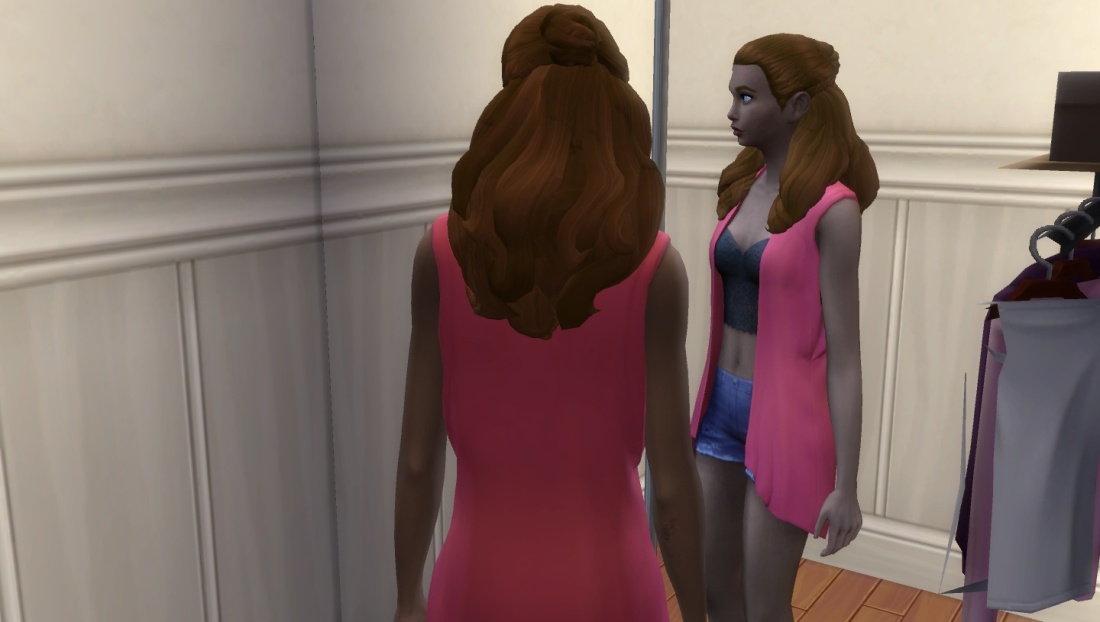 I grabbed a bunch of stuff from the sale rail. Most of it didn’t really work, and I knew there were better outfits in the other parts of the store but I still hadn’t really handled my financial situation.

This would have to do. 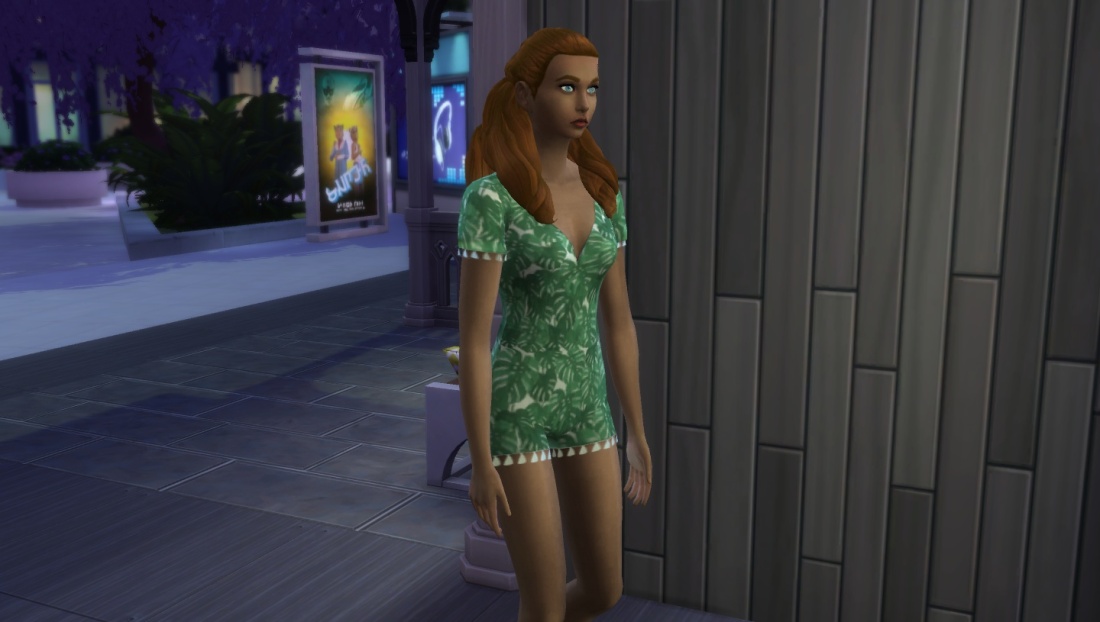 I bet I’m really out of practice…how had I done this before? I was feeling unusually shy. And cold. It was still February after all…

I hung around for a bit. Awkwardly sipped on some water and scoped out the place. Thought about going home, because how could I approach anyone? Was I always this shy? But soon enough a guy came up to me and offered to buy me a drink. I didn’t really have to do any work after that.

We ended up back at his place, on the couch, and I tried to lose myself in kissing a stranger. It was working. Everything was being pushed to the back of my mind. For the first time in ages I felt wanted. Good for something. Maybe that’s why I used to hook up with so many different guys over the years.

“Let’s get you out of this thing, Sara…” 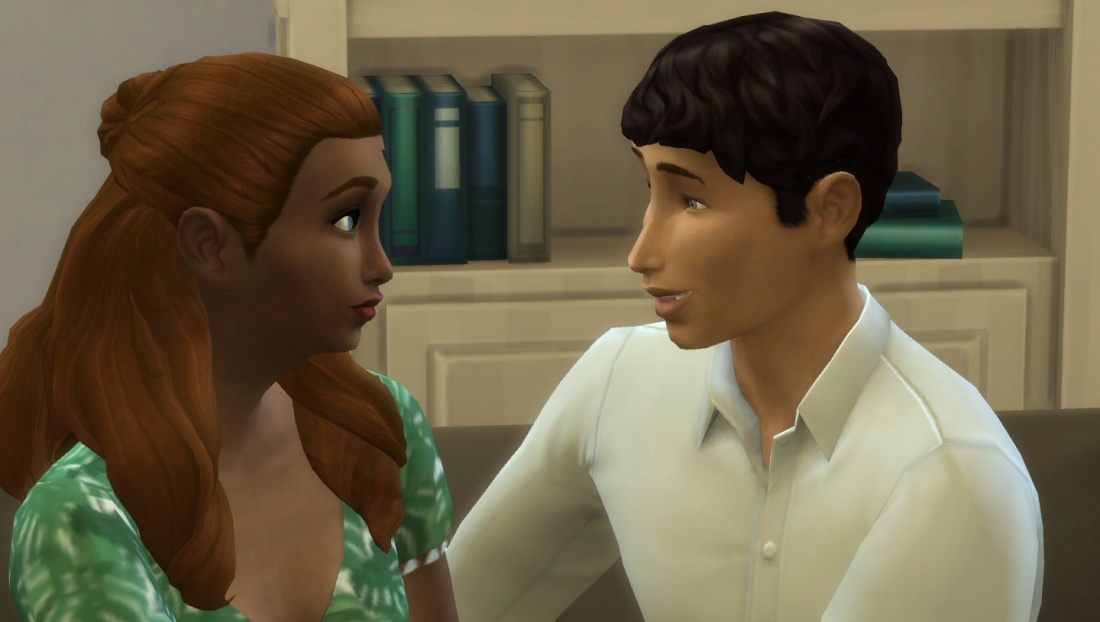 “My name’s Sarai.” It had been pretty loud at that bar, hadn’t it…? Or maybe he didn’t care about my name, which meant he didn’t give half a shit about me. I couldn’t complain when my feelings towards him weren’t particularly strong. His name was Tom and he was a manager at some office uptown. We certainly didn’t have a deep bond between us. 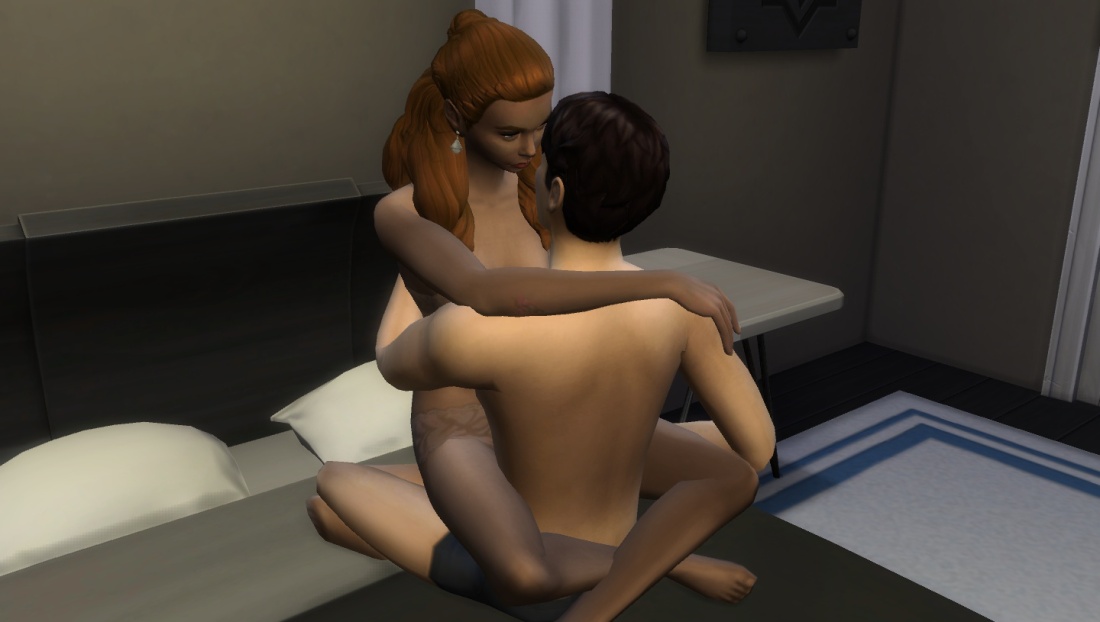 But it didn’t matter. 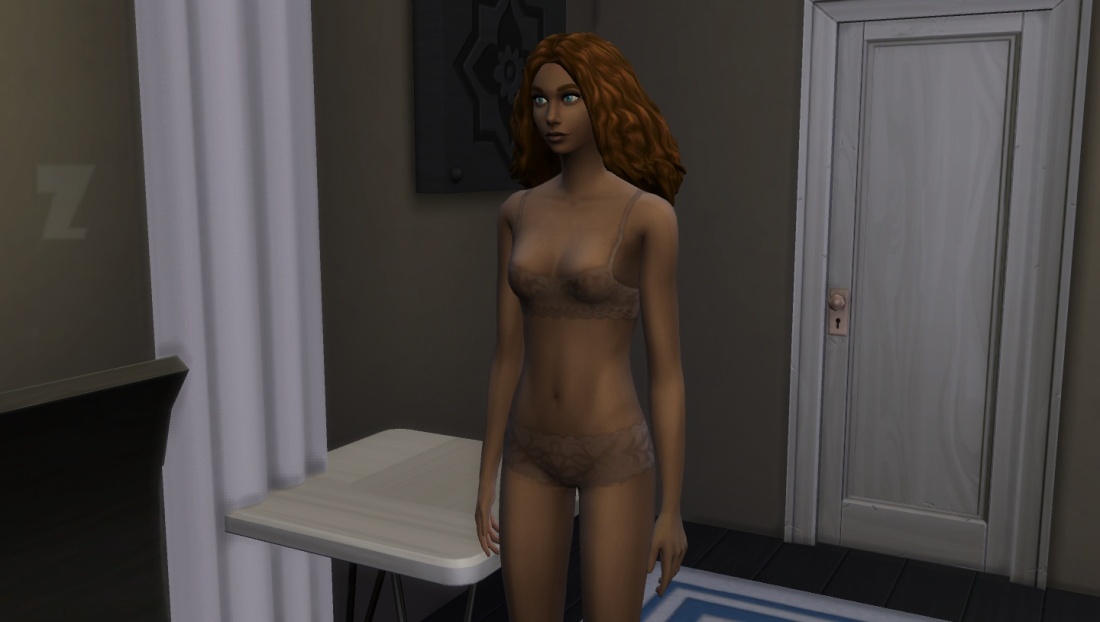 Years of semi-frequent hookups meant I could read the signals the guys sent. And this one didn’t seem to want me around anymore.

I considered that possibility…I’m not that naive. And I got what I wanted, didn’t I? For a bit. 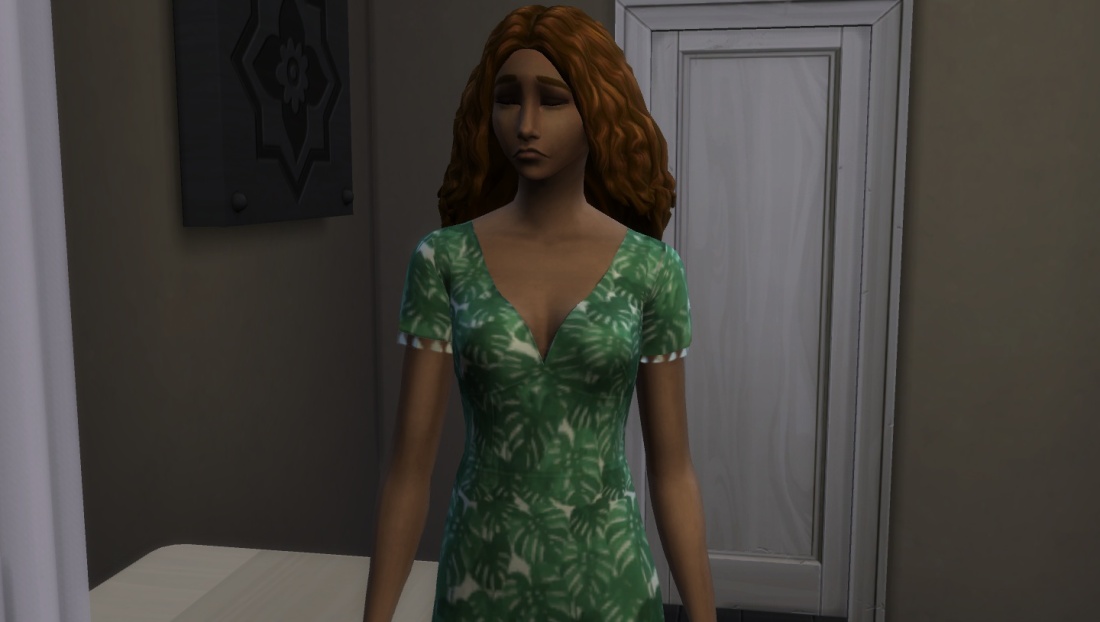 As I put my clothes back on and left the room the painful, empty feeling washed over me again.

I was still empty and dejected. My limbs felt heavy. All the usual horrible thoughts started firing off in my head, the memories so many mistakes I’ve made coming back to remind me that I’m a piece of garbage. You wasted money…you’re a drain on everyone…you don’t deserve anything…disappointment! Nothing new.

I cast my eyes over to the man. So this didn’t work. Perhaps I made a mistake. I forgot – no, actually, I just refused to acknowledge it because I think knew all along that if I did this I’d still be hurt at the end…but I was chasing a temporary distraction because what else could I do? 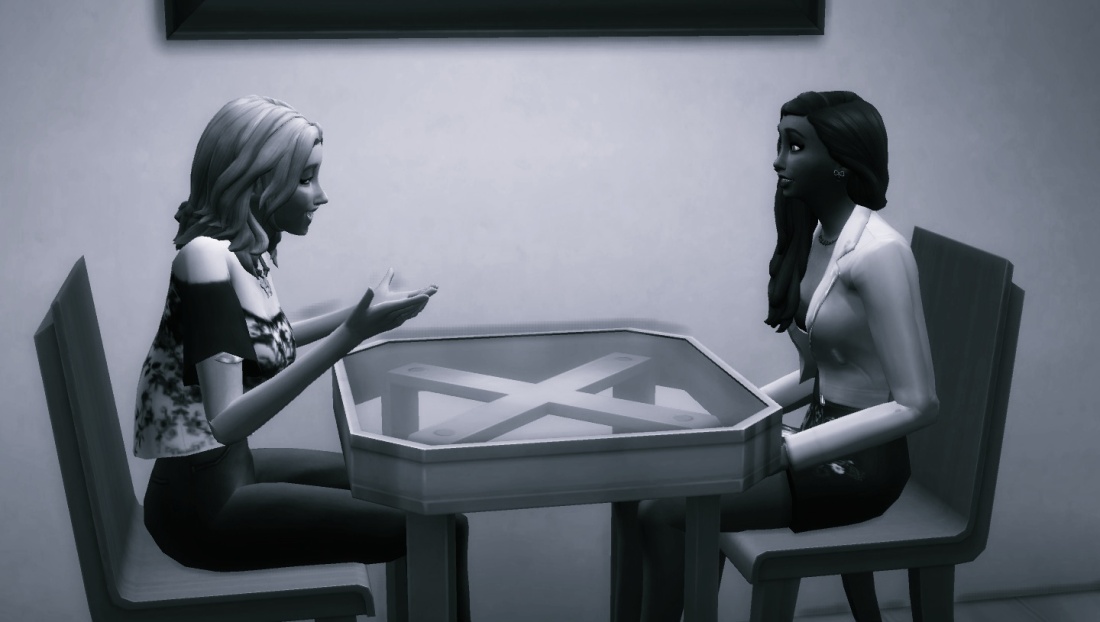 I probably could have exercised or just taken a nap or even gone out with Dianne like I started doing after my last big row with Clarissa but I’ve done a lot of that since I had Nolan and after all those things I’d still feel like this. I don’t even know what to do next. But isn’t it pretty sad that my last resort was to sleep with some random guy? Who plans that?

Ugh, why am I so out of sorts right now anyway? It’s so dumb.

You knew you couldn’t be a parent so you gave up your son and it was the best thing so why are you upset? Stop it.

All of this over one adoption…people do it all the time. I’m not special.

A thought crept into my head. Is it just the adoption? I’ve always known something was missing. Men never solved that then, so of course they wouldn’t now. Stupid, stupid, stupid. What are you going to do with yourself?

I guess the answer is still ‘I don’t know’.