It’s been nearly three months since the studio opened. I was such a fucking wreck… 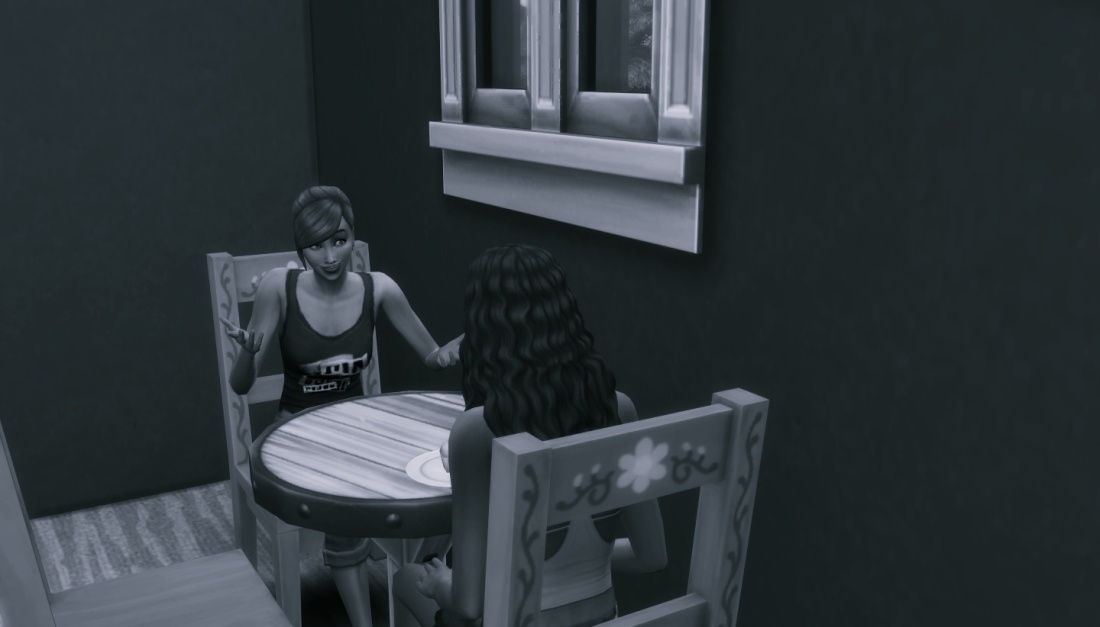 Two weeks in Kaylyn made me go back to a therapist. She asked me how I was doing at work and I completely lost my voice. Not literally, it’s just…I couldn’t think of what to say, and when I fudged something I sounded so small and low and broken. Then she handed me a tissue, and I realised that there were tears running down my face, and I felt broken.

“I can’t afford it.” was my response to the therapy suggestion. “I’m putting everything into this place.” 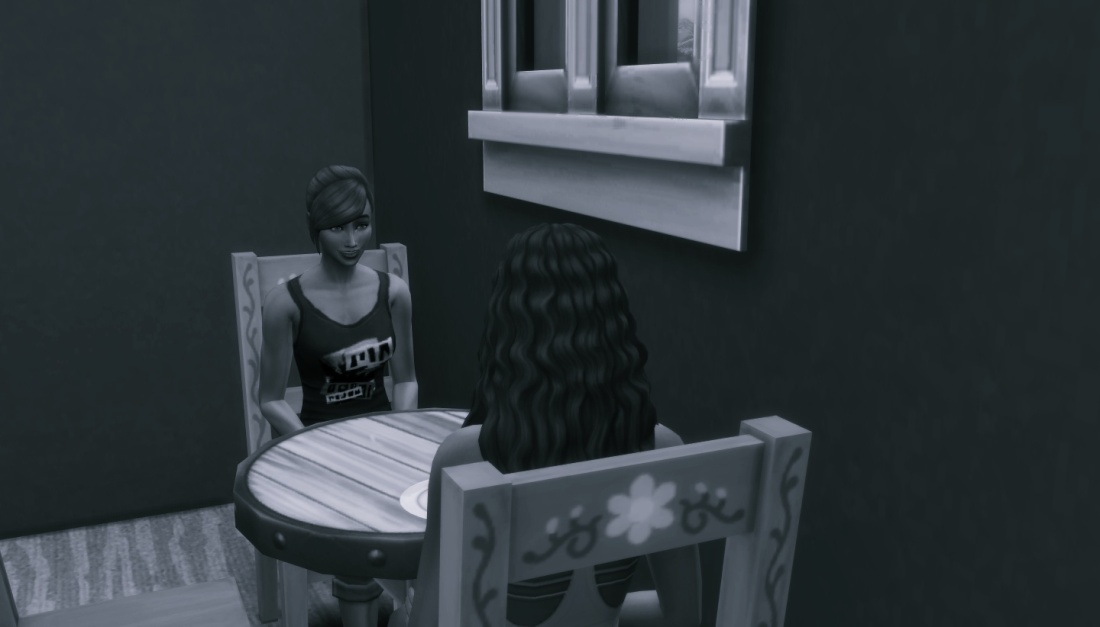 “Then let me make up the difference.” I opened my mouth to protest, but Kaylyn held out a hand. “Don’t. Don’t argue with me. Look at it this way – is this place going to do well with a sad and anxious manager? I don’t think so. You’ll help out both our wallets in the long run, hon. Please go.”

“You’re gonna burn out like this. Please. You gotta get some help.”

I returned to Alessandra. I was so afraid that she’d think I had failed. I never realised just how much I’d wanted her to be proud of me… 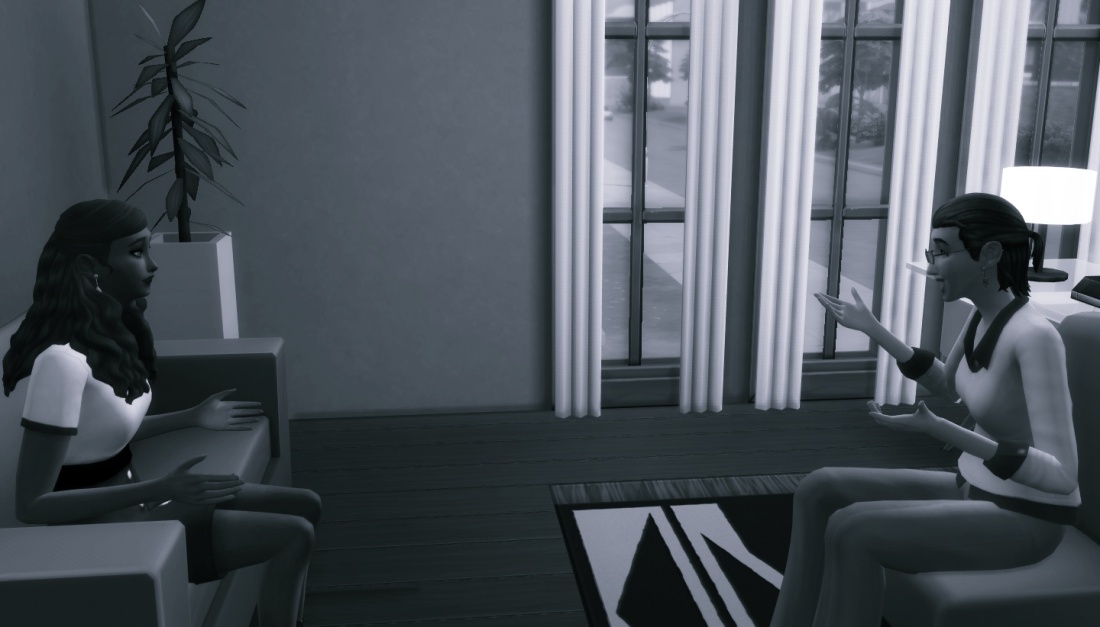 But she was reassuring and told me it was normal for shit like this to reappear during times of high stress. I spent a couple years after the first round of therapy teaching myself to just take kindness at face level…and I guess I managed to keep some of it up? It was surprisingly easy for me to accept her advice and consolation.

I’m finding some semblance of a healthy psyche again. Kaylyn was right. And I’m starting to truly believe that I’ve got friends who will always be here for me.

Dianne, my cousin, who comes over for movie nights and still invites me for dinner with Uncle Miles, Aunt Adela and Michael. Who reached out to me when I was pregnant and alone, despite how I’d been treating her all our lives… 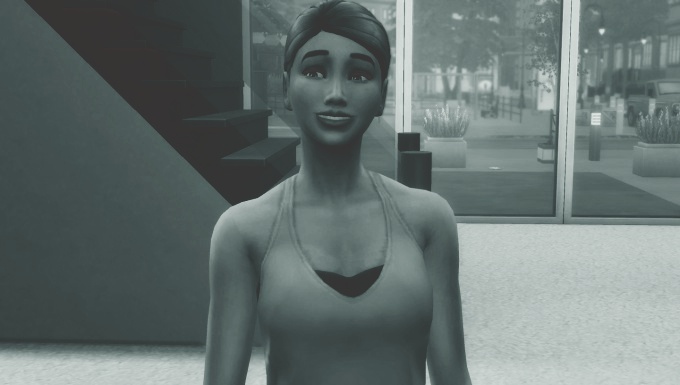 Kaylyn, who good-naturedly competes with me in all things fitness and trusted me enough to go into business with me…

Alexis, who has lived with and supported me for years; she’s moving out soon but I’ve found a new roommate in no small part due to her help, so that’s fine, and even if I hadn’t…I would really be happy for her…

And Lachlan, who I haven’t even known a full year yet, but who understands me better than anyone else…

As Alessandra tells me: I had a relapse. Things got kinda bad again. But it doesn’t make everything I worked on after Nolan invalid.

And I’ve come out…pretty much unscathed.

“How are you doing?” I asked. If Lachlan took my last class of the day, he came to talk to me afterwards. He attended three nights a week, and this was one of them.

“Better. Not so tired…and I feel like shit’s worth it again, ya know.” 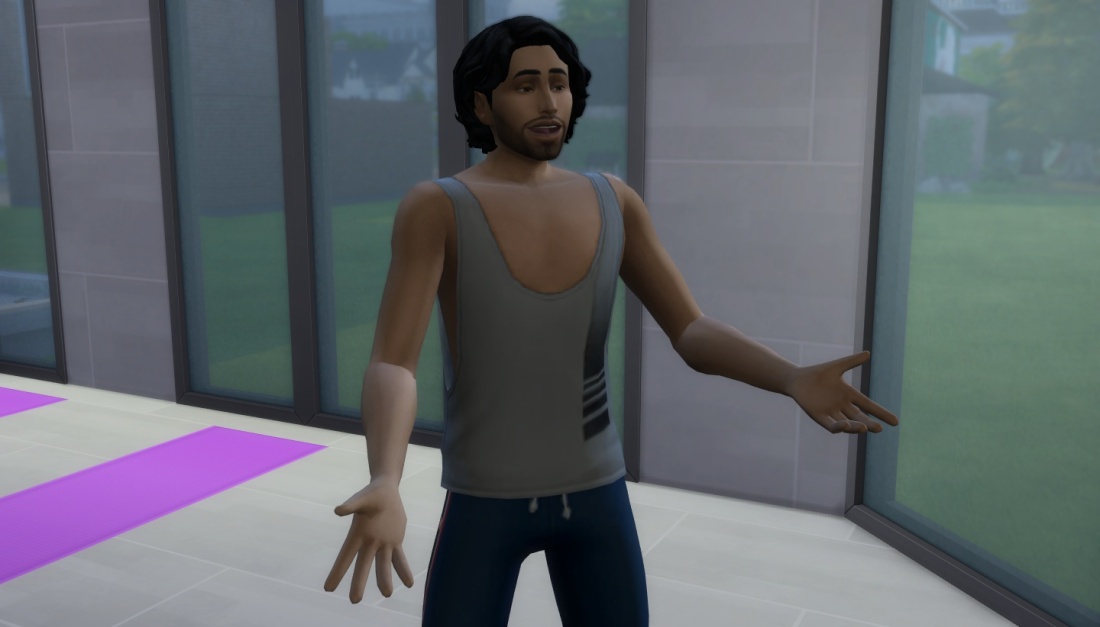 “To mental health.” Lachlan chuckled, giving me a high-five. “Your classes are better now that you’re less anxious – not that they weren’t good before.” he hastily added. I smirked. I knew what he meant…but I could mess with my friends sometimes, right? “They were very good.” he rambled. “As amazing as the woman teaching them.”

Damn you, Lachlan, I thought, as my cheeks heated up. Whenever he said crap like that my heart always skipped a beat, my stomach flipping around. Full-on butterflies. Because you like him.

It’s useless. Why would he like you, I snidely thought. You’re you.

And I’m…fine, I reminded myself. I’m a decent person. But he’s a friend and he definitely doesn’t feel the same way…he can’t. 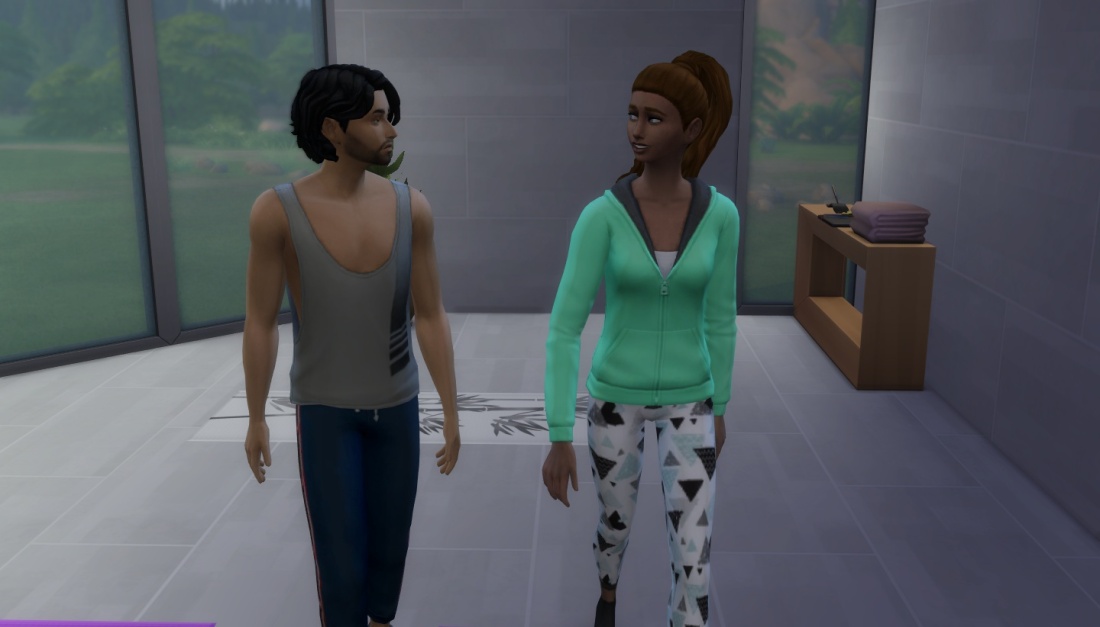 “Smoothies tonight? Or we could go to that bakery you like?” I asked as we headed out of the studio. I could cut loose with desserts tonight, right? I do so much yoga nowadays that it really wouldn’t make a difference to my physique.

“Sorry, I have a bunch of paperwork I kind of let pile up, and some is due for tomorrow. How about Friday we-?”

“You don’t come here on Fridays.” I said in confusion. Realising I’d interrupted him, I cringed and apologised. “Sorry.”

“No.” he muttered, rubbing his forehead. “No, but I was – fuck, what am I – I mean, I would like to come here anyway and…” He trailed off. His mouth was moving but he wasn’t actually saying anything I could hear.

“Make up the smoothie date?” I lightly offered. Fuck! Date?! Why did you say that?

“Yeah! But…like, not smoothies? Like…a restaurant? There’s this really nice fish restaurant that’s pretty close…and the date part as well. Thank you for saying that. That is…that’s what I was going to…”

“You wanna take me on a date?” I decided to put him out of his misery. No point messing with him for this.

He sighed in relief. “Yes. Yes I do. I wouldn’t be surprised if you don’t want to given the complete hash I made of asking you.”

“It’s OK. You were nervous…I dunno why tho.” I said, shrugging. It’s just me. 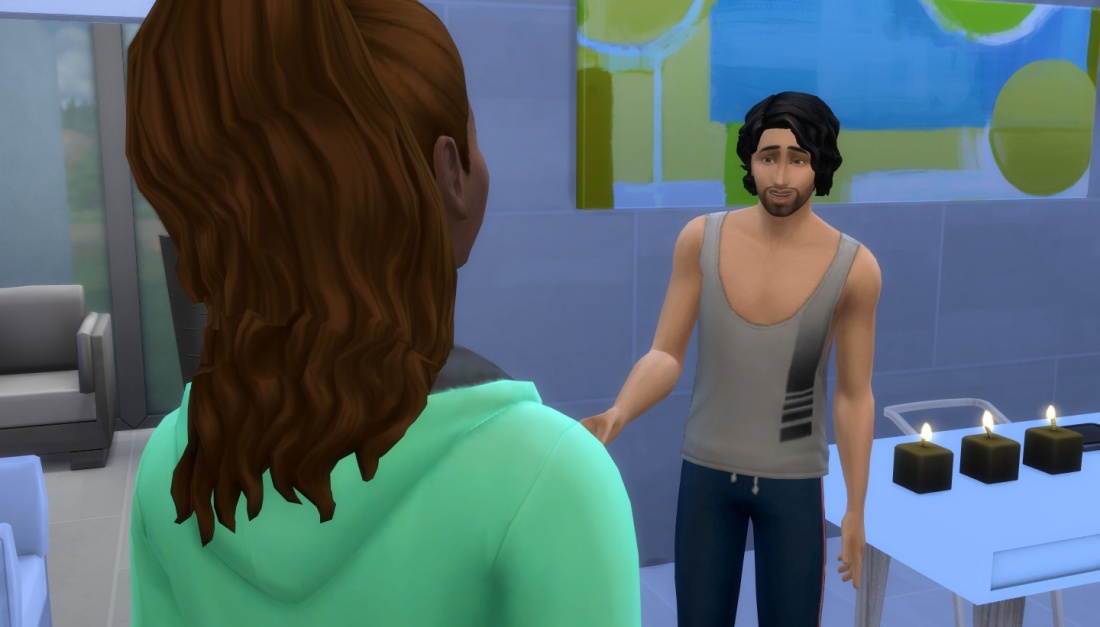 “I want to!” I cried. “I like you as well, Lach…and I like, fish…” When was I ever this flustered? I truly didn’t judge Lachlan for completely losing his cool, but now I actually understood how and why it happened. “So yeah. Fish restaurant. Date. It’ll be fun.”

“See you then.” He pulled me into a hug. His arms felt so nice wrapped around my waist. I rested my head on his shoulder and nuzzled into his neck. Lachlan liked me. He asked me out. 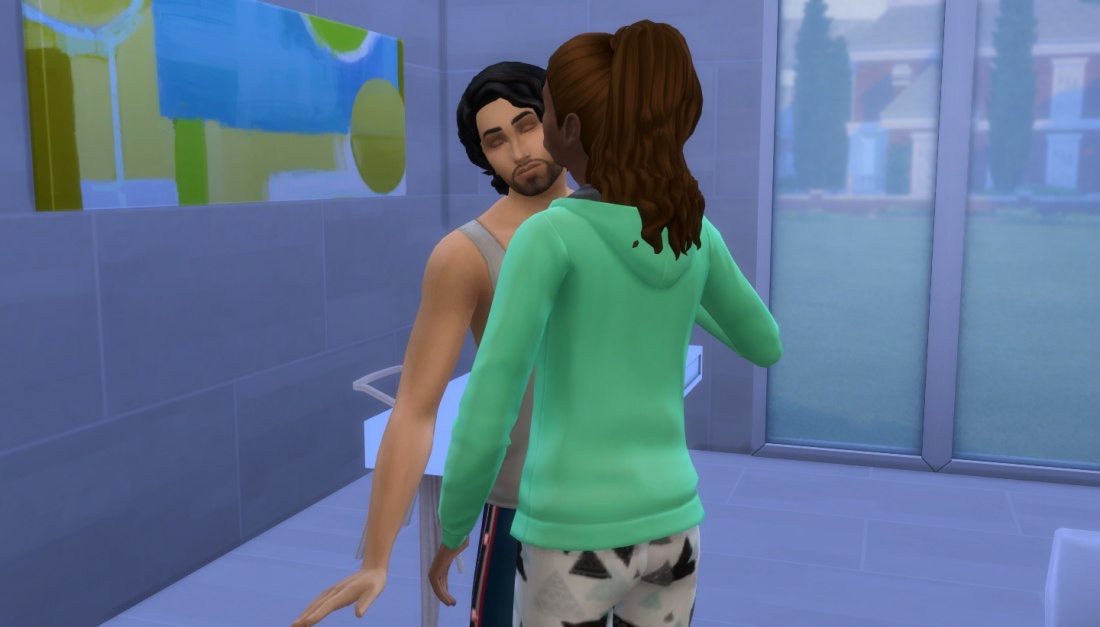 I stepped back from the embrace…and then leaned up and kissed him on the cheek. His eyes widened in surprise…but he smiled, grasped my hands, and then finally headed off.

“Sarai!” Out of the corner of my eye, I spotted Dianne charging into the office, looking frantic.

“What is it, Di?” I didn’t really appreciate being interrupted on my break…you’re selfish. But I was still gonna help her out…or hear her out, whatever it was. 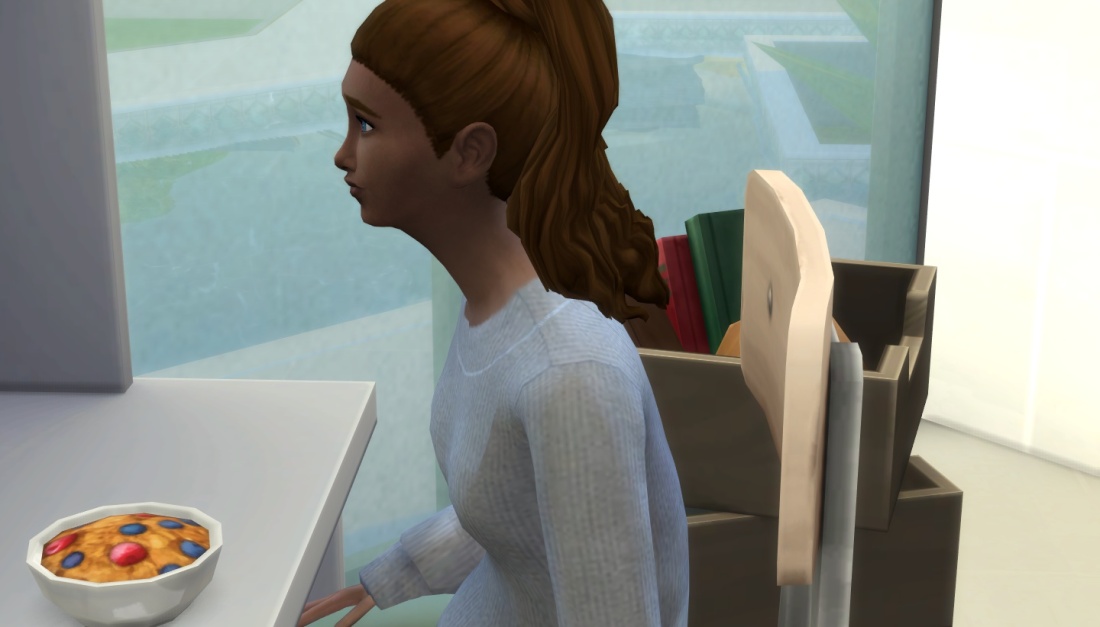 I nearly knocked over my granola bowl. “Wh – what? To Brice?” They’d only been dating nine months, and I never got the impression that her feelings ran that deep…what do you know, you’ve never had a real relationship! 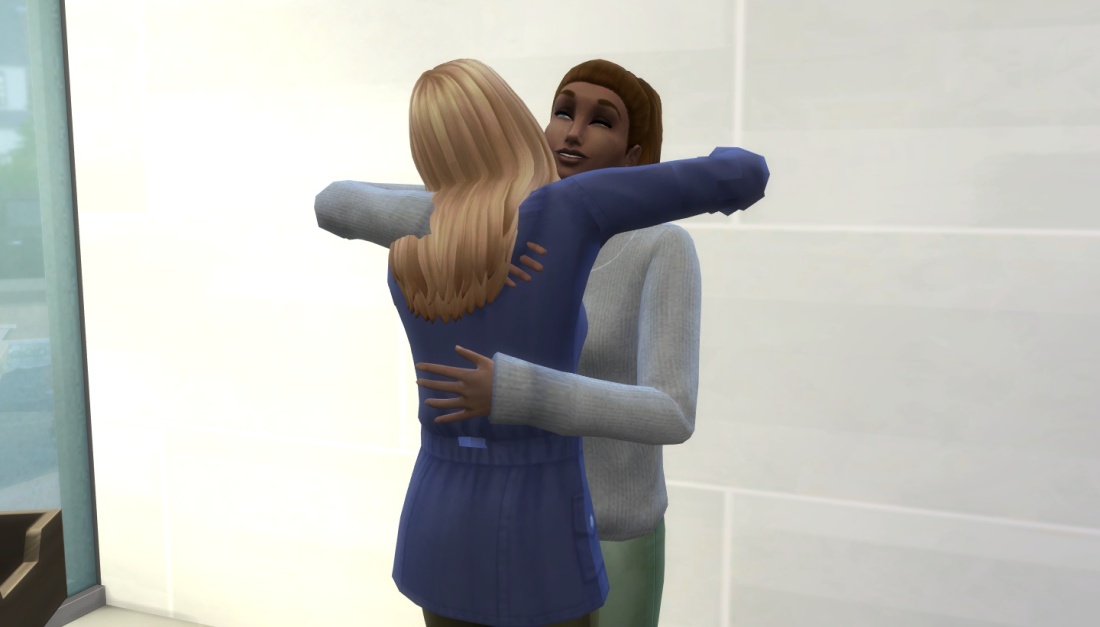 If Dianne, who’s obviously amazing, but has had a slew of relationships that ended pretty awfully, can get engaged…maybe there’s hope for me too. 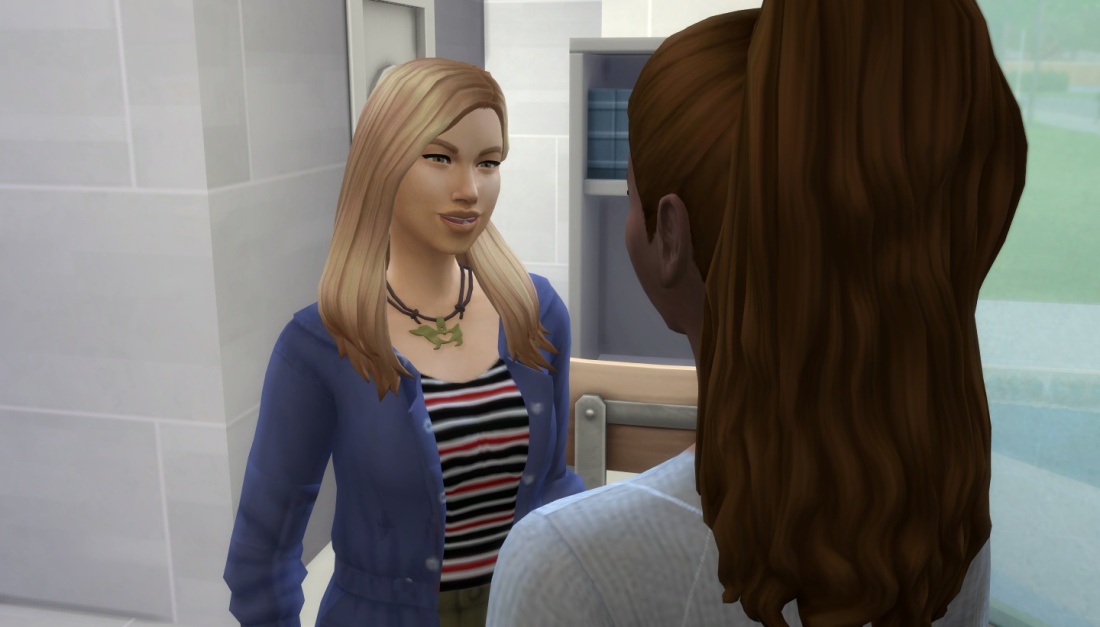 “Yeah…” she sighed. Not the dreamy sigh I’d expect out of someone newly engaged, but rather more… resigned. “And I’m also pregnant. That’s sort of…” 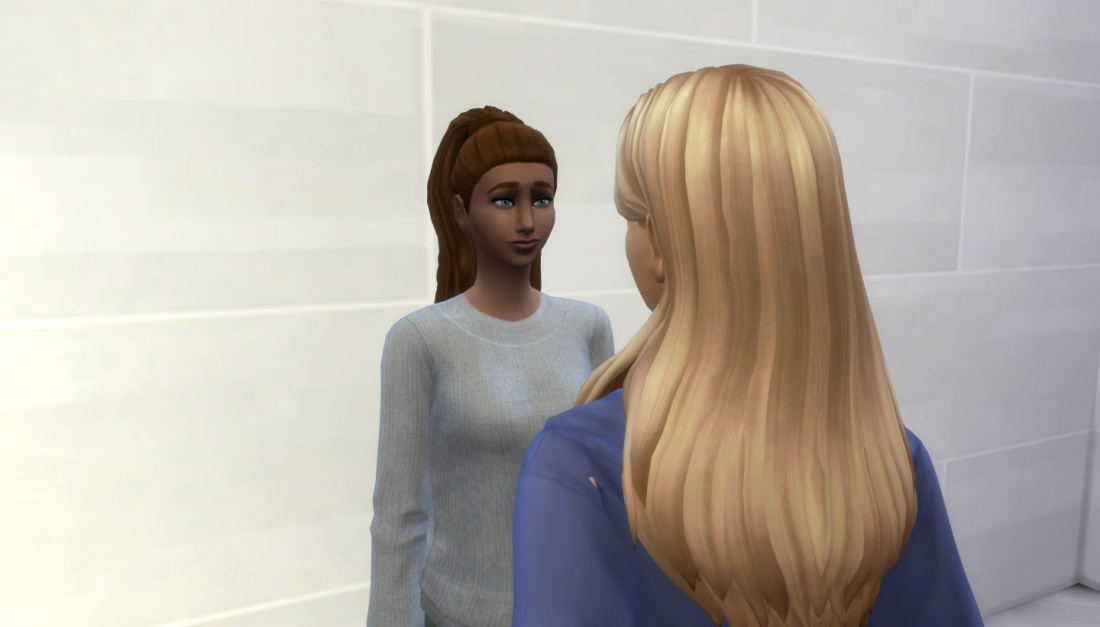 “You got engaged ‘cos you’re pregnant?” I repeated incredulously. 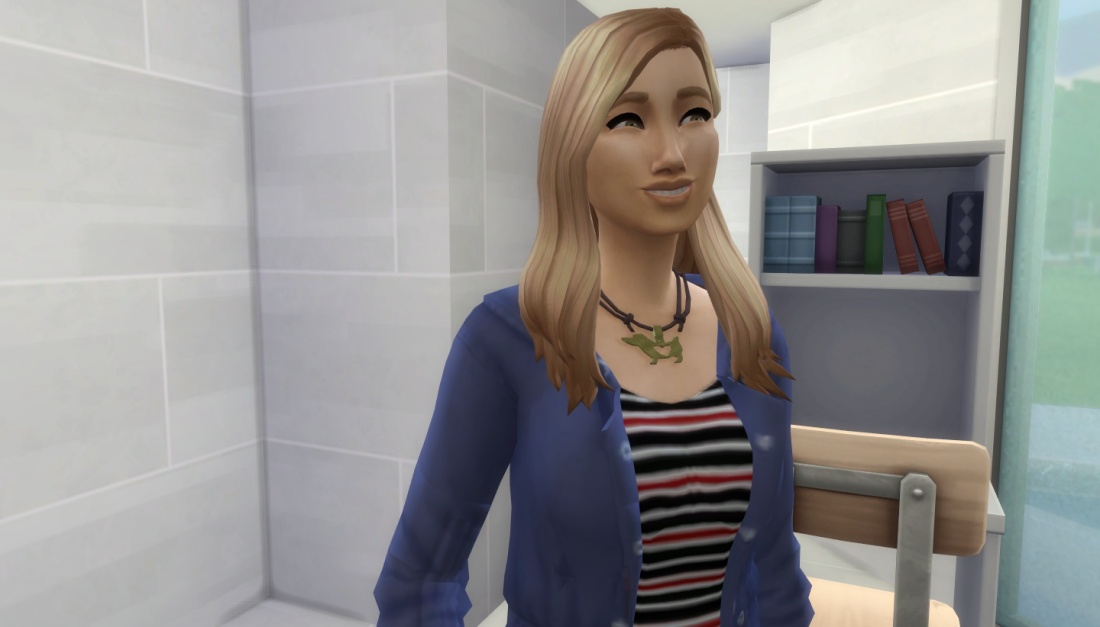 “I don’t know…I guess I would have married him anyway. He’s a good guy and he loves me.” Dianne considered. “I dunno. It’s a lot. Anyway, be my maid of honour?” 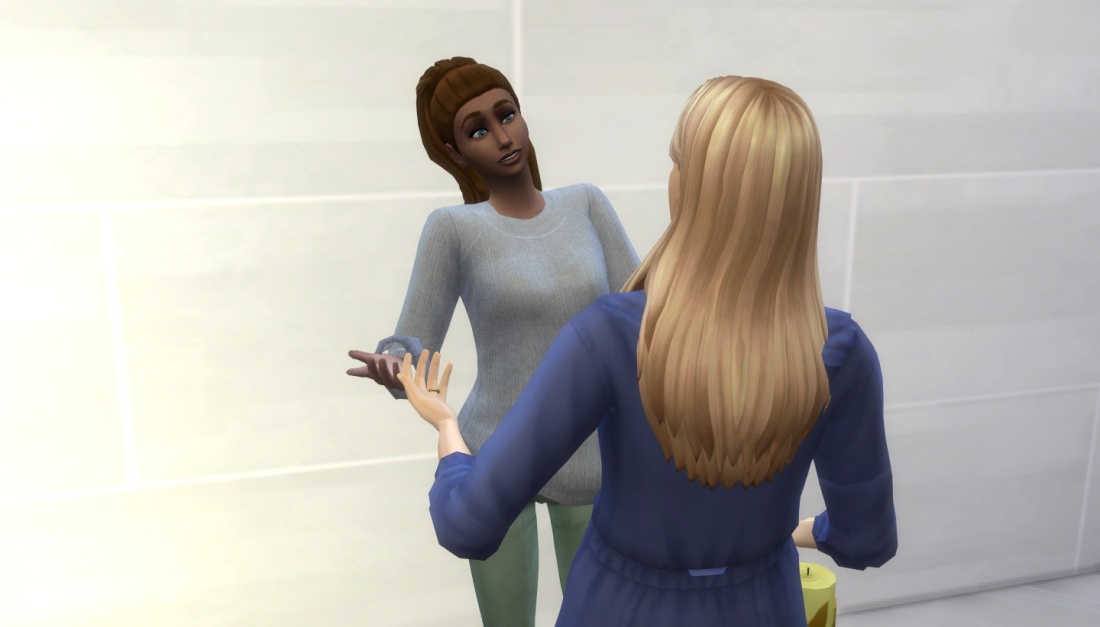 “But…what about all your other friends?” I asked. Dianne isn’t like me – she formed friendships easily. She’d been to college and knew lots of people from there – and she wouldn’t pass all of them up for the cousin who wasn’t even nice to her until she – I – needed someone…would she? I’d done my best to be there for her since but…

“None of them are as good as you.” Dianne said with a smile. “Please?”

“If that’s what you want.” I agreed. “And please come over on the weekend…we can talk more about this. I’m not blowing you off, it’s just that I’ve only got five minutes left of my break.”

“OK.” She nodded slowly. “And…anything up with you?”

I smiled. “Just working as usual…oh, and I have a date with Lachlan tonight.”

I’m pretty sure Ann’s alarmed look into the office was caused entirely by Dianne’s squeal.

A/N: Gen 2 is upon us soon! 6 chapters left after this. I’d love to have some of your guys’ Sims in it! I’ll lay out a few character types. I can just make them myself if needed, so submit anything you wish under #HayesGen2 – my only rule is no aliens, vamps or mermaids pls.